The Center for Great Plains Studies talked with a large crowd of eclipse-goers at Homestead National Monument on Monday, Aug. 21. While handing out hundreds of ecotourism maps and postcards, the Center let people know what other gems could be found on the Great Plains.

Many people interested in our ecotourism sites came from nearby states and wondered what else they could do in the area after the eclipse. Some from coastal states, Canada, and other countries were excited to see postcard images of bison, the night sky, and pronghorn. Attendees used the U.S. Postal Service truck at the event to send hundred of our postcards out – postmarked with a special eclipse stamp.

Check out some photos below, including Bill Nye, who narrated totality for the crowd. 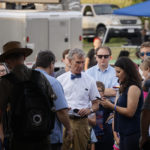 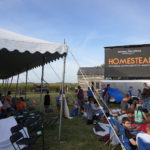 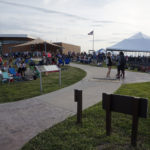 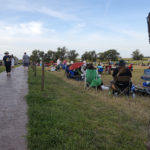 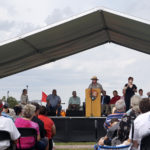 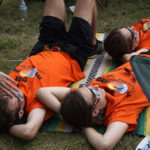 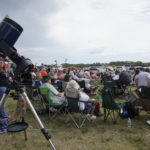 « Red Cloud Ecotourism Workshop held
How a Great Plains ecotourism poster is made »
Committed to promoting environmental conservation through nature-based tourism in the Great Plains.