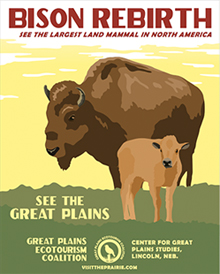 “To the culture that came before us, buffalo were, in fact, the center of their world.”

Once, tens of millions of American bison roamed the Great Plains before overhunting nearly drove them to extinction in the late 19th Century. Today, they are making a comeback on both private and public grasslands. There are a number of places on the Great Plains where visitors can get close to these majestic giants. 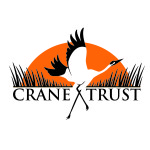 The Crane Trust is a non-profit organization dedicated to protecting habitat for whooping cranes, sandhill cranes and other migratory birds. So how does the American bison fit in? It turns out that bison have an important role to play in maintaining healthy, crane-friendly habitat in the Platte ecosystem through their grazing practices. The Trust is gradually introducing herds to both Shoemaker and Mormon Islands and researching the effects on key ecological processes as they relate to crane habitat. Visitors can learn about the effort and see a small exhibition herd behind the visitor’s center.

“The Niobrara Valley Preserve is a flagship project for the Nature Conservancy and one of our largest preserves worldwide. The ground-breaking work in grassland management forged at the NVP has helped inform our prairie conservation efforts throughout the Great Plains and as far away as Brazil’s Pantanal.” — Steve McCormick, former president/CEO, The Nature Conservancy

The Nature Conservancy’s Niobrara Valley Preserve is described as the “biological crossroads” of the Great Plains, noted for its extensive species biodiversity at the meeting of pine-clad canyons, extensive grasslands and river ecosystems. Also a working ranch, the Preserve is regarded as a model for grassland management using bison, cattle and fire. Year-round public use areas include a new hiking trail with grand views of the Niobrara River. Visitors can also see two bison herds grazing the vast open prairie.

American Prairie Reserve is a unique effort to build a nature reserve to conserve and restore the grasslands of Montana. The reserve is home to bison, prairie dogs, swift fox, many grassland bird species, and more species. The collaboration through state and federal agencies, ranching operations, and scientists is a great example of a multi-pronged approach to conservation. When complete, American Prairie Reserve will span more than three million acres of private and public land, showcasing the iconic landscape that once dominated central North America and helped shape our national character. 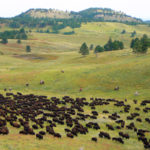 Custer State Park, located in the Black Hills of western South Dakota, is home to nearly 1,300 bison – one of the country’s largest publicly owned herds. There’s an annual roundup where visitors can watch staff do animal testing, branding, and sorting. 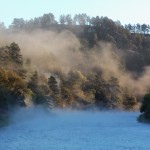 In 1912, President Theodore Roosevelt signed an Executive Order establishing Fort Niobrara as a “preserve and breeding ground for native birds.” Later that year, the Refuge’s purpose was expanded to include the conservation of bison and elk herds representative of those that once roamed the Great Plains. Fort Niobrara National Wildlife Refuge (NWR) is 19,131 acres in size and features a trail system, boardwalks, observation decks, hunting and photography blinds, fishing piers and boat launches.  Bison, elk, deer and prairie dogs can be seen along the 3.5 mile wildlife drive throughout the year. The Fort Niobrara NWR’s visitor center features self-guided and ranger-led interpretive services and is visited by approximately 40 million people each year. 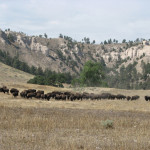 Fort Robinson is described as Western Nebraska’s premier state park, with beautiful Pine Ridge scenery, exceptional lodging, rich old west history, and many summertime activities. Visitors to Fort Robinson can often catch a glimpse of the bison that roam the Park’s 22,000 acres. They are managed by the park as grazing animals, working the pasture lands, as well as providing unique table fare for the Fort’s restaurant – bison burgers and steaks are popular menu items.

Know of an ecotourist-friendly place in the Great Plains to see bison? Email us at cgps@unl.edu